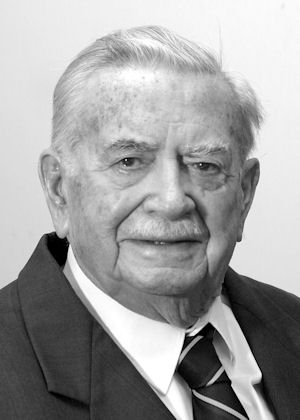 Known as the Founder of Amherstview, Mr. Justice Henderson, Supreme Court of Ontario judge and Member of Parliament, for years was a driving force behind Kingston’s sports scene.

An original co-owner of baseball’s Kingston Ponies of the professional Border League in the late 1940s, Bill also helped to organize the Church Athletic League and the International Hockey Hall of Fame in Kingston. He donated the land for the W.J. Henderson Recreation Centre in Amherstview. He was instrumental in securing financing to build the Kingston Community Memorial Centre. He later assisted in the development of the Kingston & District Sports Hall of Fame.

In 1980, Bill received the City of Kingston Honourable Achievement Award for his long service to the academic, political, military, and property development fields. In 2003, he was awarded the Queen’s Golden Jubilee Medal in recognition of his exemplary contribution to his community.