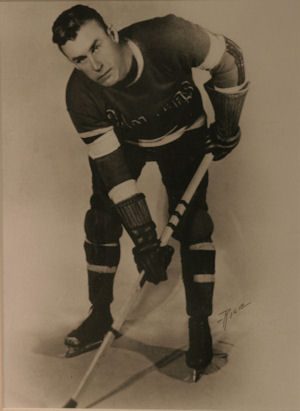 A member of the National Hockey League and Canadian Sports Halls of Fame, Bill, a native of Brantford, Ontario, moved to Kingston at the age of five.

Bill played junior hockey for the Kingston Frontenacs and, after returning from World War I, with the Sault Ste. Marie Greyhounds.

After four years with Saskatoon in the Western Hockey League Bill joined the New York Rangers in 1926, and played 11 seasons.

When his playing days ended, Bill coached teams in Minneapolis, Cleveland, Denver and New York before retiring to Pittsburgh Township.

Bill and his brother, Bun, are remembered with an arena named in their honour in the city’s east end.