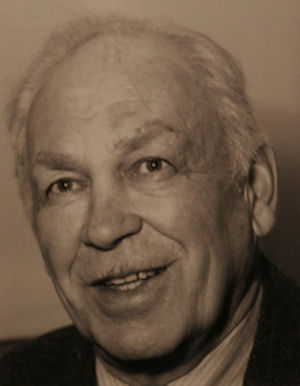 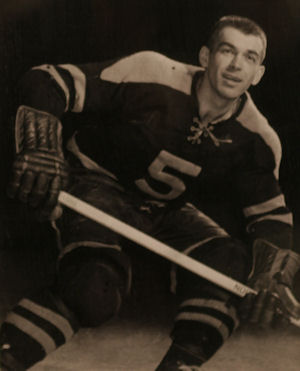 Despite his late start in hockey, at age 13, Bill quickly began to enjoy success. His first team won the Winnipeg and District Bantam B championship.

Bill played three seasons with the junior Winnipeg Monarchs, who won two league titles during that time. In 1950 they advanced to the Memorial Cup final before losing to Barrie.

Bill, a defenceman known for his physical and enthusiastic play, turned professional in the Maritime Major Hockey League, and he embarked on a 13-year career that would take him to the American, Quebec and Western hockey leagues. He won championships with Quebec in 1954, Pittsburgh in 1955 and Winnipeg in 1956. Bill played four games in the NHL, in 1956, with the Toronto Maple Leafs.

Bill joined the Kingston Aces Senior A club in the Ontario Hockey Association for six years, 1965-71. He was team captain and four times an All-star. In 1967 the Aces won the OHA championship and the following winter they won the silver medal at the Spengler Cup tournament in Switzerland.

As a coach Bill won championships in minor and college hockey, with the Huskies organization in the Rotary-Kiwanis league and with St. Lawrence College in the OCAA.