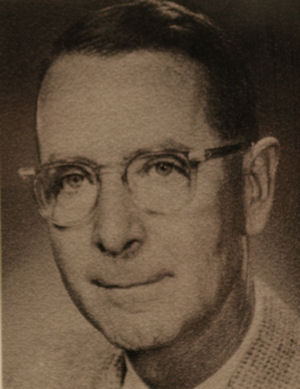 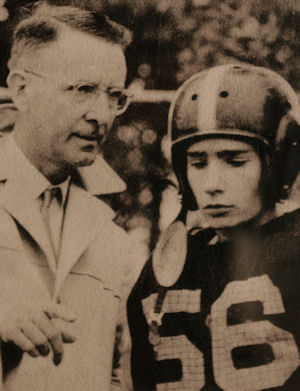 A graduate of both Loyola College in Montreal and University of Western Ontario, Wilfred came to Kingston in 1939 to teach at Regiopolis College. For the next 40 years he taught many subjects and coached several school sports but his greatest contribution to sport would be found in the community, where Wilf was involved for 25 years.

A quiet, humble man who devoted his life to young people, he lived by the philosophy “It is better to mould a boy than try to mend a man.”

Wilf worked diligently behind the scenes with numerous organizations. In the early 1960s Wilf formed a hockey organization called the Panthers. He later sponsored teams in both baseball and lacrosse under the same name. In the late 1980 the Regiopolis Nortre Dame student body would rename their school teams the Panthers in his honour.

Manager of Kington’s Ontario Minor Hockey Association bantam finalist team in 1956, Wilf was named Sportsman of the Year by the Kingston Lions Club. In 1977 he received Queen Elizabeth II Silver Jubilee medal for his exemplary service to his community.