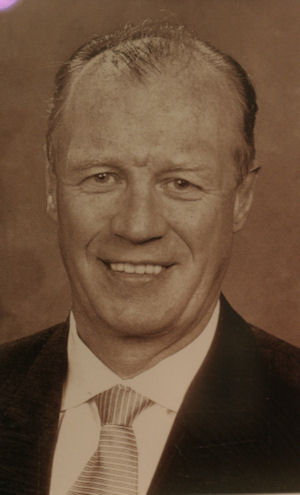 Wayne was a member of a Kingston midget team that won an Ontario championship and he starred for the Junior B Frontenacs. He played Junior A hockey in Oshawa and turned professional with Oklahoma City and Hershey before joining Boston.

Wayne was a key member of two Stanley Cup winning teams with the Boston Bruins in 1970 and 1972. His NHL career began in the pre-expansion era and he played 18 full seasons, the last six as Bruins team captain.

Wayne was the last player to retire who had played in the Original Six. He was a rugged winger on one of the NHL’s highest scoring lines in the 1970s.

He played for Team Canada in the historic 1972 Summit Series with the Soviet Union.

Following his playing career Wayne turned to coaching. He was head coach of the Philadelphia Flyers and an assistant coach with three NHL teams. He was on the coaching staff of Canada’s 1998 Olympic hockey team.