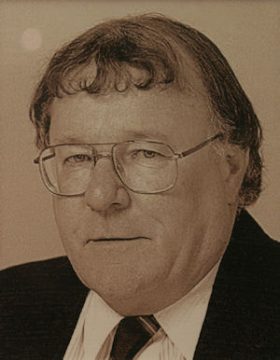 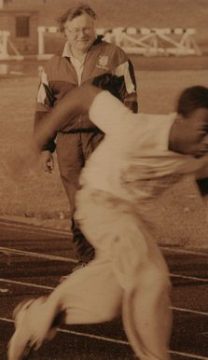 Wayne’s early years were spent in northern Ontario, where his athletic interests were largely football, hockey and baseball. In 1963, Wayne came to Queen’s University. While there, he played basketball and helped coach the Royal Military College football team. In 1967, Wayne began teaching at Napanee District Secondary School,where he eventually became athletic director and where he was first drawn to track and field, beginning a coaching career that would last more than 30 years. In 1973 he helped form the Kingston Track and Field Club. He became the driving force, coaching year-round, with a low-key manner that instilled in his athletes a life-long love of sport. A Level 3 sprint coach, Wayne has helped numerous athletes to be successful at the provincial and national levels. In 1992 he received the Kingston Community Sports Achievement Award. In 1993 Wayne was the intital winner of the Bev Goulding award for his contribution to school athletics and received a Special Achievement award for volunteers from the Province of Ontario for his work with the Ontario Track and Field Association. He was an Ontario team coach at the 1985 Canada Games.