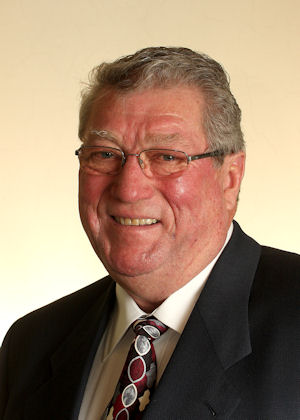 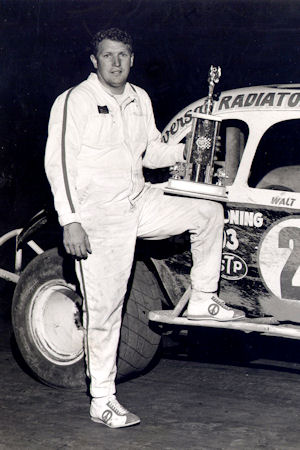 Driver and owner of a stockcar from 1960 to 1973, Walter had his greatest success during his final two years when he won five titles. In 1971, he set a standing record with three titles in one year. In one memorable season, he won fifteen feature races at the Kingston, Brockville and Cornwall tracks and won all three events during the Race of Champions Weekend. In his final years, he regularly finished among the top ten drivers. He is reputed to be the most aggressive driver in the history of the Kingston Speedway.

Since his retirement from racing, Walter has served the community as president of the Kingston Minor Hockey Association from 1971 to 1974, president of the Kingston Township Voyageurs Hockey Club for the 1975-76 season and as a founding member of the organizing committee for the Ontario Junior Hockey Winter Games in 1978. He has also sponsored minor hockey and City League softball teams.

Actively involved in the Lions Club from 1980 to 1991, Walter chaired the Fundraising Committee for five years and the Millionaire’s Night Committee for four years helping to raise thousands of dollars. He also assisted with the KGH Black Tie event and other local charities.