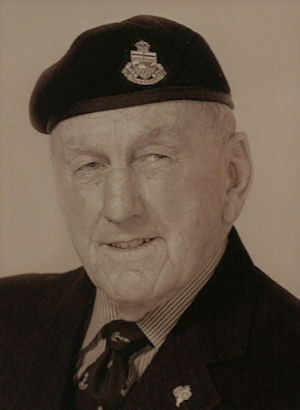 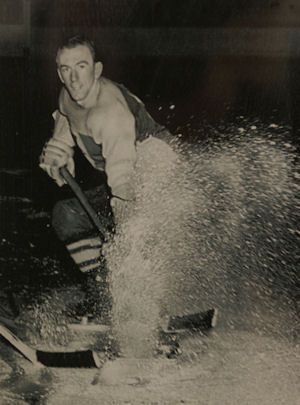 A graduate of the Royal Military Academy in Sandhurst, England, Danny’s 31-year military career concluded in Kingston.”The Major” was the founding father of the sports program at Royal Military College where he was athletic director and varsity hockey coach from 1959 to 1970. He developed a broad-based physical education program for the school while at the same time coaching the Kingston Junior Frontenacs and the base team at CFB Kingston.

While president of the Ottawa-St. Lawrence Athletic Association, Danny helped to create the Canadian Intercollegiate Athletic Union, the first national sport-governing body for university athletics, and he led it into Federation International Sportive Univeraide, the world university athletic organization. He was the CIAU’s first executive secretary, a position he held from 1960 to 1971 and he designed and presented the Varsity Cup for CIAU hockey championship.

Danny coached the Kingston Frontenacs to two junior B league championships and an OHA final. He coached the Kingston Aces to two senior league championships and was the league’s Coach of the year twice. As a reward for winning the OHA senior A title in 1967, the Aces were selected to compete in the Spengler Cup tournament that spring in Davos, Switzerland, where they won the silver medal. During this time he also helped to organize the first national and regional coaching clinics.

Danny joined the National Hockey League in 1971 and spent eight years as a supervisor of officials. He returned to coaching in 1990, spending two years as an assistant with the Kingston Frontenacs of the Ontario Hockey League.

Danny was voted to the Canadian Forces Sports Honour Roll in 1989 as a builder of intercollegiate athletics.