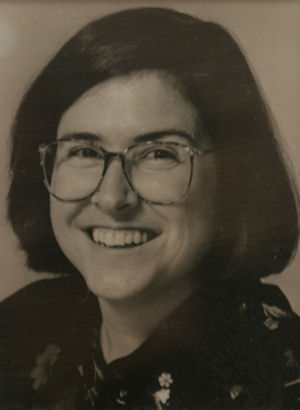 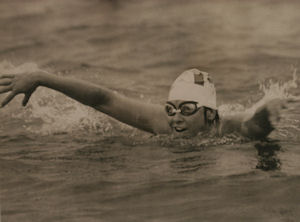 Vicki was the greatest marathon swimmer of her era. She held 15 world records for endurance swimming.

In 1988, she became the only person to cross Lake Ontario five times and the first person to swim all five Great Lakes.

In 1989, Vicki swam a four-country marathon crossing Australia’s Sydney Harbour, the English Channel, the Strait of Juan de Fuca, Lake Winnipeg, Lake Ontario and California’s Catalina Channel. Her specialty stroke was the “butterfly” and she established endurance records in that stroke of 100 hours indoors and 12 miles across Lake Ontario.

During her years in Kingston Vicki was a dedicated coach with the Blue Marlins swim Club. After relocating to Toronto, she did extensive work in support of Variety Village.

In 1966 she was inducted into the Terry Fox Hall of Fame. The starting point of her first double crossing of Lake Ontario in Toronto has been renamed Vicki Keith Point. The Artillery Park pool in Kingston bears her name.