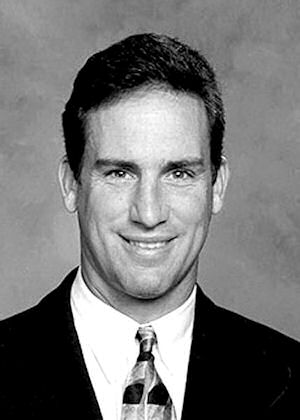 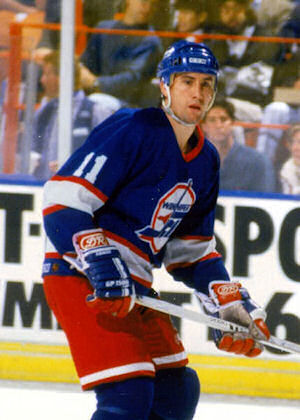 Scott won championships in football, basketball, rugby and track at
Loyalist Collegiate but hockey was his main sport. He graduated from
the Kingston Minor Hockey Association and spent a year with the
Kingston Township Voyageurs before joining the Cornwall Royals, with
whom he won Memorial Cups in 1980 and 1981. He scored three goals in
the championship game of 1981.

A left wing, Scott was Winnipeg’s second-round draft choice in 1981. He
was a member of two national junior teams, including the first Canadian
team to win a gold medal at the world junior championship.

Scott played professional hockey for 18 years with the Jets, Buffalo
Sabres and Boston Bruins of the National Hockey League and Houston, San
Diego, Utah and Manitoba of the International league. In 1987 and 1988
he won the Tim Horton Memorial award as the Sabres’ unsung hero and in
1996 he won a Turner Cup with Utah.

In 11 NHL seasons, Scott played 730 games, scoring 149 goals and 338
points. He retired in 1999. He then spent three seasons as an assistant
coach with the Manitoba Moose and four as an assistant in Buffalo. In
2006 Scott became the fifth coach of the American Hockey League team in
Winnipeg.