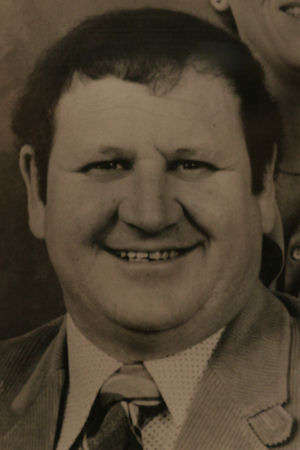 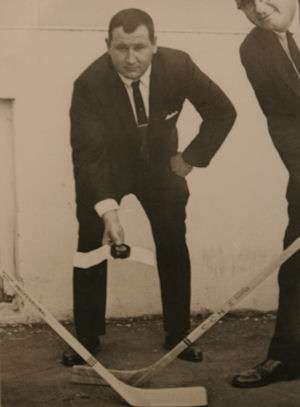 A huge void was created in the Kingston sports community when Ron passed away in 1990 at the age of 49.

Ron was a tireless contributor to the Kingscourt Baseball Association from its inception in the 1950s, first as a player, then coach, umpire, scorekeeper, secretary-treasurer, vice president and chairman of fundraising activities.

In hockey Ron was a major part of the Kingston Hawks hockey team in the old Rotary-Kiwanis Hockey Association and in one-year helped raise $6,000 to keep the team going. He was the former president of the Kingston Township Voyageurs Provincial Junior team. His enthusiastic fundraising activities during his time with the team have insured their survival to this day.

Ron also helped with the Knights of Columbus Biddy Basketball program and was named Kingston’s Sportsman of the year in 1968.

Kiwanis Park on Fourth Avenue in Kingston where he spent so much of his time was renamed in his honor after his death.

The Voyageurs also named a trophy in his honor for the Club’s “hardest working executive.”