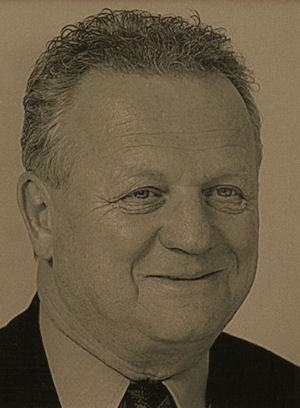 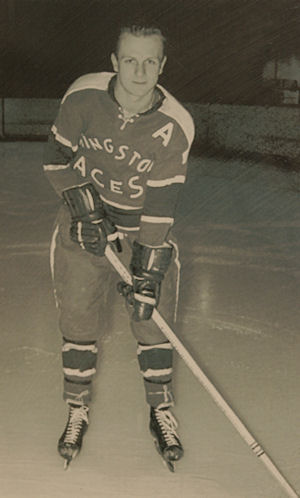 Ron played three years with the Kingston Frontenacs Junior B hockey team, reaching the provincial final in 1962-63. He spent five seasons with the Kingston Aces Senior A team, including a championship year of 1967. He was with the Aces when they won the silver medal at the Spengler Cup International tournament in Davos, Switzerland, in 1968.

An excellent infielder and winner of two KBA batting titles, Ron played on Kingston teams that won provincial senior A baseball championships in 1967 and 1973. He was a member of the 1973 Kingston team representing Ontario at the Canadian senior championship tournament in Edmunston, N.B. Ron was an all-star at two positions in 1970-71, with a four-year batting average of .329 with Stratford of the Senior Intercounty League.

Ron holds a rare distinction of being a member of a senior A champion in both Ontario Baseball and Ontario Hockey Associations in the same year, 1967. In 1982 in Oldtimers hockey, “Squirrel” won a C division world championship with the Kingston Greenwoods team.

Ron joins his father, Clifford, in the Sports Hall of Fame.