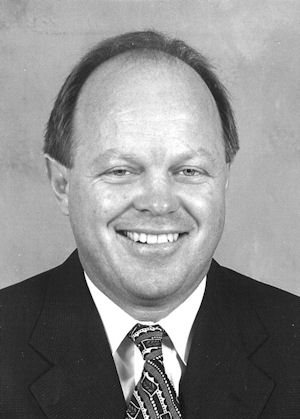 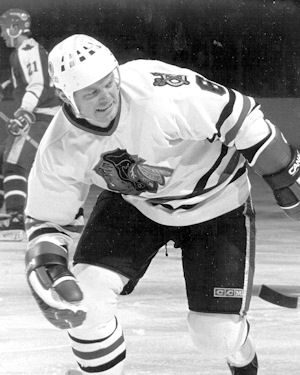 Bob began his hockey career in the Church Athletic League and the Rotary-Kiwanis Minor Hockey Association. He joined the Cornwall Royals of the Quebec Major Junior Hockey League in 1971.

A defenceman, Bob was named captain in his first season, and he helped Cornwall win the Memorial Cup in 1972. As a rookie, he scored 14 goals and had 69 points in 63 games.

Bob spent one season with Dallas of the Central Hockey League before joining the Black Hawks. He played his entire professional career in the Chicago organization, playing 1,008 games in 15 years in the NHL before he retired in 1990. Bob finished his career with 132 goals and 514 points, and he appeared in the all-star games of 1981 and 1983.

Bob was the first Chicago defenceman to play in 100 Stanley Cup playoff games. He retired as Chicago’s career leader in games played and he was 12th overall in career scoring among Chicago players, second among Blackhawks defencemen. After his playing career ended, Bob became Chicago’s sixth general manager.