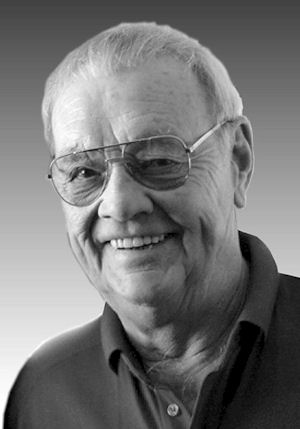 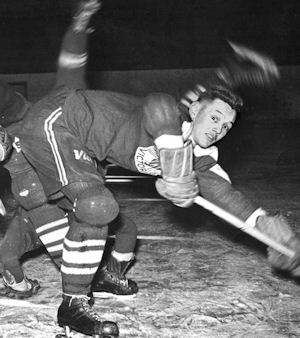 A hard-hitting defenceman, Bob went overseas in September, 1946 to play hockey for the Fyfe Flyers of the Scottish league. Two years later he returned to North America and joined the Fresno Falcons of the Pacific Coast league.

By 1949, Bob was back in southern Ontario where his hockey roots were. After a year playing senior hockey for the Smiths Falls Rideaus Bob joined the Senior B Kingston Nylons in 1950. By 1952 the team had been renamed the Goodyears and Bob played on their Ontario Senior B championship teams in 1953 and 1955. He finished his playing days with the intermediate Napanee Comets that won consecutive championships in 1957-59.

Bob’s greatest contribution to the game came not from his playing days, but from countless hours spent on the ice passing on his knowledge and passion for hockey to hundreds of youngsters. He believed that no child should be excluded from the game because of financial hardship, and he was known secretly to finance many young players himself.

An avid golfer, Bob ran a Friday night league at Cataraqui for 15 years, and for many years he helped with junior golf clinics at Belle Park.