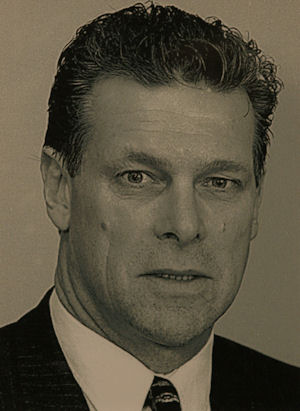 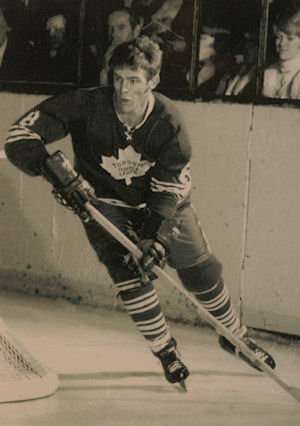 After winning a midget championship in Kingston, Jim was signed by Boston and sent to Niagara Falls to play Junior A. Jim was picked by the Toronto Maple Leafs in the 1964 amateur draft and went on to play Junior A with the London Nationals.

At the age of 20, Jim turned professional and he helped the Tulsa Oilers win the Jack Adams trophy as Central league champion.

The next season Jim joined Toronto and began a 14-year major-league career. A defenceman, Jim had a reputation for being a tough player. He holds NHL records for penalties in a period and in a game: 7 penalties for 48 minutes.

In 1972 Jim joined New England of the World Hockey Association, helping the Whalers win the first Avco Cup. He also played for the Toronto Toros and Quebec Nordiques, helping Quebec to the 1977 WHA championship. He retired in 1981 after 763 major-league games (232 in the NHL) with 77 goals, 306 assists and 1,170 penalty minutes.

Jim was involved in coaching the OHL’s Kingston Canadians for seven years. He helped to establish hockey schools overseas and lent his support to many charities.