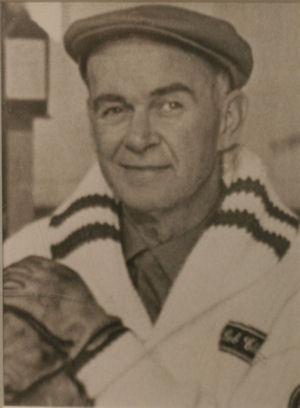 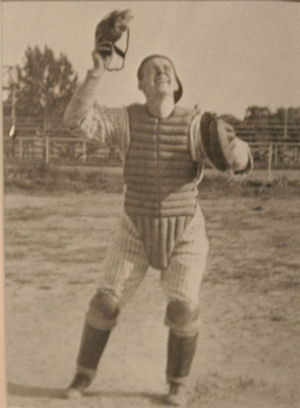 Bob excelled not only as an athlete in several sports, but also as a coach, manager and official. He played on two intercollegiate championship football teams at Queen’s where he also later coached.

Bob was a member of championship basketball teams, he played varsity, junior and senior hockey and he earned letters in track, tennis and lacrosse at Queen’s, but baseball was Bob’s true love.

Bob won many times as a batting champion and a member of championship teams in 19 seasons of senior ball with the Kingston Ponies.

Bob coached junior baseball and reformed the senior club in 1967, winning a provincial championship as manager in its first season.

A curler on five different Ontario championship rinks, Bob was a member of the Kingston rink that represented Ontario at the 1960 Brier. Most of his achievements came after his lost his left eye in the 1934 football season.