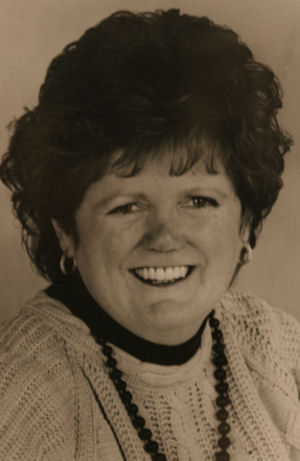 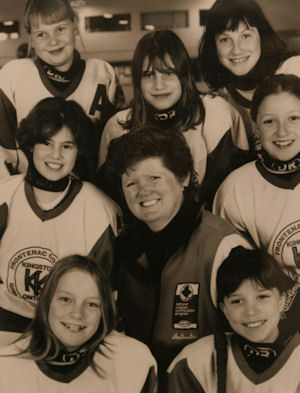 Rhonda is recognized as a pioneer in women’s hockey in Ontario. She played eight seasons for the Kingston Red Barons women’s team in the 1970s.

Rhonda moved to Kapuskasing, Ontario after receiving her Bachelor of Arts degree from Queen’s University in 1976.

While director of recreational services for the northern Ontario town’s school board Rhonda formed a women’s team and then became the women’s hockey association’s northern representative. In 1979 she became the vice-president of the organization and in 1982 became the first woman to sit on the board of the Canadian Amateur Hockey Association.

While with the women’s association in the late 1970s Rhonda traveled the province promoting women and girls participation in the sport and doubled player registration in her first year.

In 1984 Rhonda retired from her hockey responsibilities after almost single-handedly gaining respect for women’s hockey across Canada. She stayed involved in hockey until 1992 volunteering in the Ontario Minor Hockey Association as an organizer and instructor of hockey coaches and trainer clinics.