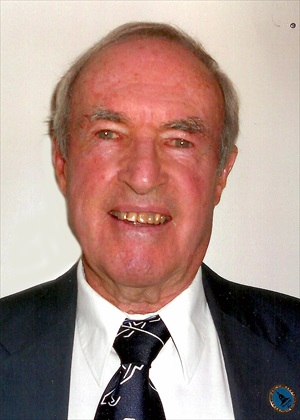 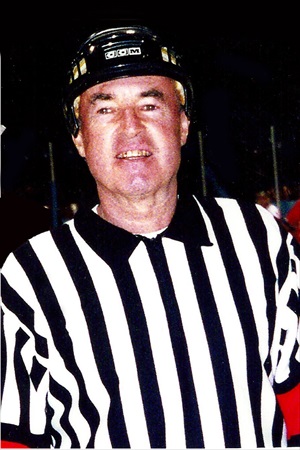 Following a playing career in Junior hockey with the Kingston Vics, Pat Hegarty turned his attention to officiating, an area in which he excelled as referee, supervisor and instructor from 1952 to 1980. During the hockey off-season, Pat spent twenty-two years (1954-1976) as an official at the Kingston Speedway, first as Track Steward and then as Race Director.

Highly regarded, Pat became involved with the Ontario Hockey Association and officiated games at the Junior B, Intermediate, Senior A and Canadian University levels for twenty-one years. He also officiated games in the Eastern College Athletic Conference (ECAC) of the NCAA Division I for seven seasons. As a result of his outstanding officiating in NCAA hockey, he was recruited to referee in the minor professional North American Hockey League.

In 1987, Pat received the Kingston 100 Award for his work in Kingston hockey. In 2005, the Kingston District Hockey Referees Association named its award for the most promising official after Pat, a tribute to his contributions to officiating in Kingston.