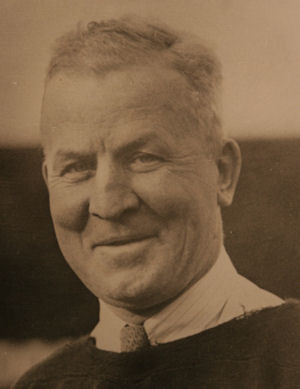 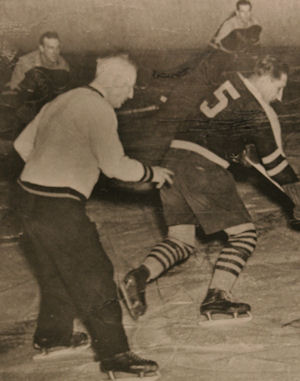 Mike starred in hockey, lacrosse and baseball as a youth before coming to Queen’s University in 1910, where he earned 15 varsity letters and was named a football all-star each year he played.

In a career that spanned more than half a century, Mike was part of all the major sports of the time.

Mike excelled as a player, coach and official in football, hockey, lacrosse and baseball, refereeing 2,864 hockey games (1,187 of them in the National Hockey League) and coaching football teams to 27 championships, including two Grey Cups.

The only Canadian elected to both the hockey and football Halls of Fame, Mike was a respected journalist serving as sports editor at the Globe and Mail in Toronto, and The Kingston Whig Standard, for which he wrote a weekly column until his death in 1978 at the age of 87.