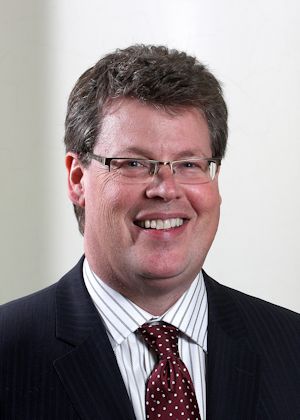 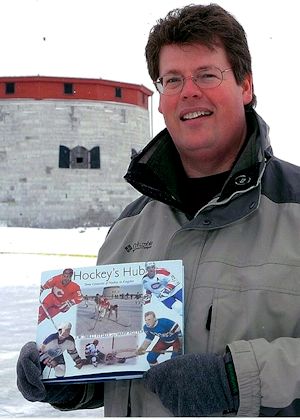 Mark became the youngest sportscaster in local television history in 1981 when, at twenty, he began an eleven-year run at CKWS, the start of a colourful career in Kingston sports that has spanned four decades. In 1994, he hosted Cogeco’s ‘SportsMark’, Kingston’s first live television sports magazine show. From 2001 to 2011, Mark was host of Kingston Frontenac hockey on the ‘OHL Tonight’ which led in 2006to TVCogeco’s Star Award as the top broadcaster in Ontario.

Mark has dedicated over thirty years to the International Hockey Hall of Fame, is the second longest serving president and currently spearheads the drive to move the Hall to a downtown location. In 2003, he co-authored “Hockey’s Hub” chronicling Kingston’s hockey history. Mark received the Phil Quattrocchi Award in 1998, a Rotary Inernation Paul Harris fellow in 2006 and the Ontario Volunteer Service Award in 2009 and 2010