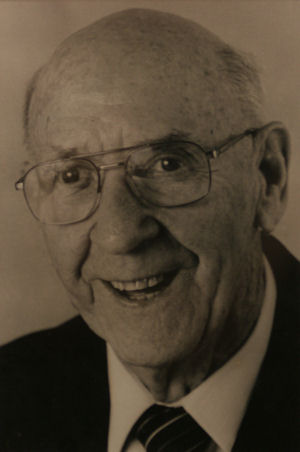 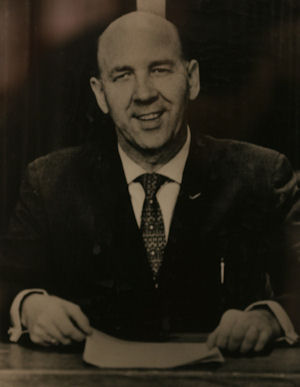 Max was the best known sports broadcasting personality in Kingston from 1956 until his retirement in 1982.

As sports director at CKWS Television and Radio, Max would spend 18 hours a day reporting on local and national sports. He ended every broadcast with his famous phrase “If you can’t play a sport be one.”

Max was also the first voice of the Kingston Canadians from their inaugural season in 1973-1974 and never missed a broadcast until he left the booth at the end of the 1979-1980 season.

Before joining CKWS Max was a part-time sports reporter filing stories for the Kingston Whig Standard.

Max also coached the Kingston Vics Junior B hockey team from 1940 until 1955. He was the longest serving Ontario Hockey Association coach at the time, and was awarded the association’s Order of Merit for outstanding dedication to the game of hockey.

In the early 1950s he founded the Kingston Lions Club Amateur Baseball League, and in golf he organized the Max Jackson/CKWS Junior Golf Classic which for many years provided thousands of local youngsters an opportunity to play tournament golf. He retired to Sarasota, FL.