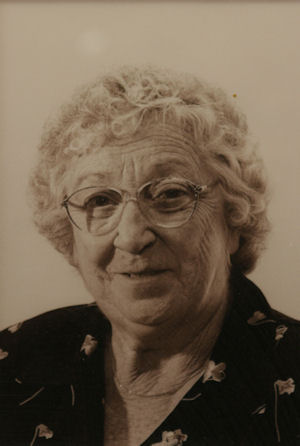 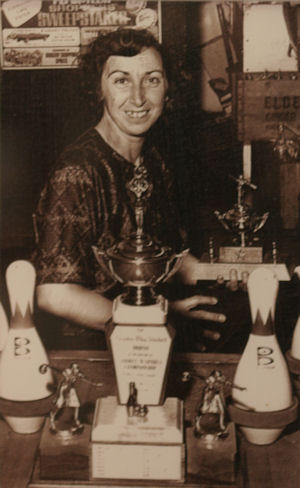 Lorraine began a distinguished career in five-pin bowling in 1950.

Lorraine competed in women’s leagues at five Kingston bowling alleys where she was a perennial champion. She won numerous tournaments both locally and outside Kingston.

Among her achievements were high single at Circle Bowl in 1954, high triple in the Major League at Bowladrome in 1960 and many high average results.

In the first nine years it was held, four times Lorraine won the “Strikes’n Spares” tournament for the top fifteen bowlers in the city. In 1967 she was named Kingston’s top female five-pin bowler.

Lorraine was also an active volunteer and event organizer for five-pin bowling.