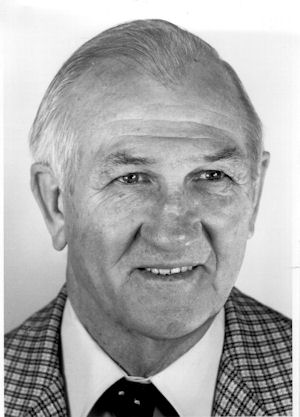 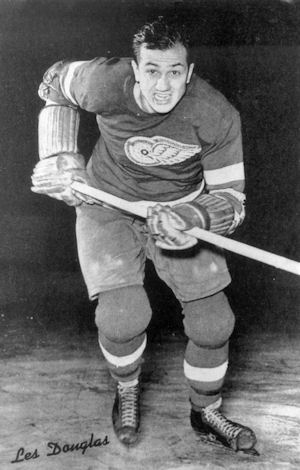 After a stellar junior career in his hometown of Perth, Les embarked on a 15-year career in pro hockey that included four minor league scoring championships and a Stanley Cup with the Detroit Red Wings in 1943.

When his professional days were finished, Les joined a senior team in Sarnia, from which he was recruited to come to Kingston in 1955 to be player and coach of the Senior B Kingston Goodyears. With eight goals and 25 points in 22 games, he helped the Goodyears to the Ontario Hockey Association championship in his first year with the team. Besides his renowned offensive skills, Les was a celebrated defensive player. Regularly assigned to neutralize the opponents top scorers, he often contributed to the teams success, even on nights when he didnt score.

A player-coach with the Napanee Comets, he helped them to three consecutive OHA intermediate championships, 1957-60. After playing senior hockey with Kingston teams for the next five years, Les stayed active as a coach of youth hockey and baseball teams, including the Junior B Kingston Frontenacs in 1965. He was also an accomplished curler and golfer.