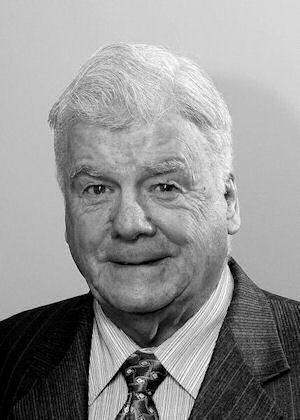 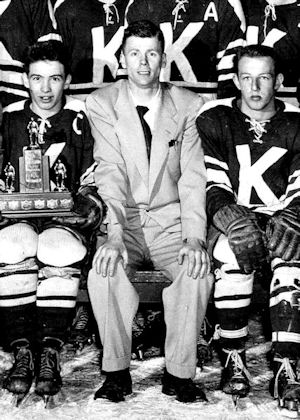 For almost 50 years Ken was involved in almost every aspect of
building sport in the community, from supervising to coaching,
managing, administering and officiating

Ken began coaching minor hockey teams in 1947 and in 1951 he founded
the Royals organization, with which he continued to coach until 1963.
In 1956-57 Ken coached the Kingston midget all-stars to the Ontario
final.

At the executive level Ken served the Kingston Baseball Association as
treasurer, 1958-59, and president, in 1962. He was president of the
Kingston Aces senior A hockey club in 1968-69 and from 1992 to 2005 he
filled many roles on the executive of the Kingston Ponies senior
baseball club, until his retirement at the age of 77.

Ken was a founding director of the Kingston and District Sports Hall of
Fame.