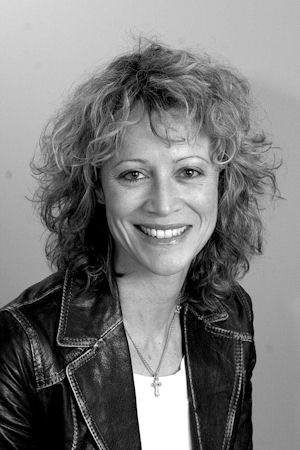 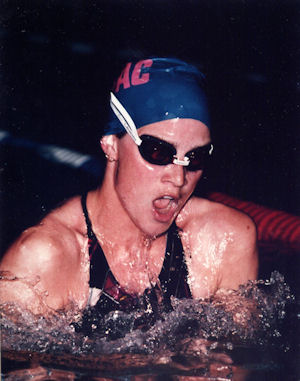 Karin began swimming competitively with the Kingston Blue Marlins in 1978, and became one of Canada’s premier swimmers, specializing in the individual medley. She first toured with a national team in 1985 and finished that summer as a finalist at the World Student Games in Kobe, Japan. The next year, Karin was a finalist at both the Commonwealth Games in Edinburgh and the World Championships in Madrid, Spain.

Winner of multiple gold and silver medals at national university championships 1986-1989, Karin was named Canadian intercollegiate female swimmer of the year in 1987. Later that year she won bronze medals in both the 200 and 400-metre individual medleys at the Pan Am Games in Indianapolis, and she was named Kingston’s amateur athlete of the year by the Kiwanis Club.

Karin later became a journalist, covering numerous international events, including the 1996 Olympics. She co-wrote the award-winning documentary Staatsgeheimnis: Kinderdoping for German television in 1997.

In 2000 Karin was honoured by the American Swimming Coaches Association for her extensive writing on doping in sport.