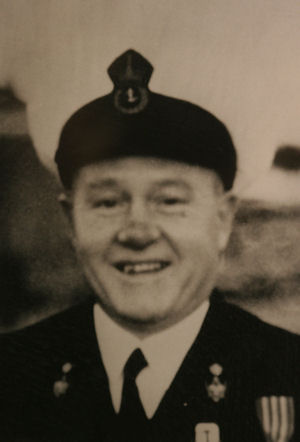 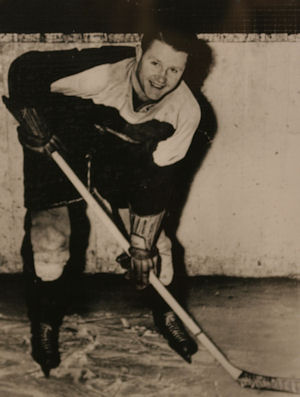 Joe excelled in golf, hockey, football, basketball, baseball and swimming. In high school Joe was on several championship football and basketball teams. As a young swimmer at Lake Ontario Park, he won a number of medals.

In 1944, after joining the Royal Canadian Navy, Joe played and coached for the Navy hockey and baseball teams. Signed by the Montreal Canadiens, Joe played hockey for Victoriaville of the Quebec League.

Joe played right field for several local baseball teams: Price’s Dairy, the Giants, Kingston Locomotive Company, Alcan and the Kingston Ponies of the Border League. He also played professionally in Ottawa and Granby QC, and in Dartmouth NS. He was scouted for a tryout with a New Jersey professional baseball team but wartime restrictions kept him from playing.

Joe left Kingston to rejoin the Navy where he attained the rank of Chief Warrant Officer.

Joe received the George Medal, given for “acts of great bravery”, for saving a drowning man.

Relocating to Nova Scotia, Joe won many golf tournaments. He was an assistant pro in Dartmouth and he owned and operated a tire store in Shelburne.