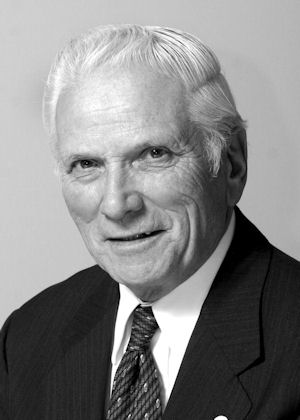 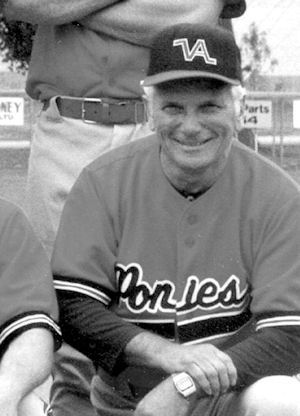 Joe was involved in baseball, softball and hockey for most of his life. He played, coached, managed and served as an executive of industrial hockey and softball leagues in the city. He coached and managed the Nylon Aces of the Kingston Amateur Softball Association, and in 1965 he led the team to an Ontario intermediate championship. Joe was the KASA’s umpire-in-chief for five years.

Involved in baseball for most of his life, Joe was president of the Kingscourt Baseball Association from 1964 to 1979, during which time the youth organization grew from 12 to 48 teams. He coached representative teams in the Eastern Ontario Baseball Association, and starting in 1992, he served as president of the Kingston Ponies senior team for 11 years.

Joe was a director of the International Hockey Hall of Fame. In 1994 Joe served on a steering committee that founded the Kingston & District Sports Hall of Fame, and he served as its first president, from 1995-2002.

The 1980 recipient of the Kiwanis Club’s Sportsman of the Year award given in recognition of 50 years of volunteerism in amateur and youth athletic activities, Joe received the Queen Elizabeth 11 Golden Jubilee Medal in 2002.