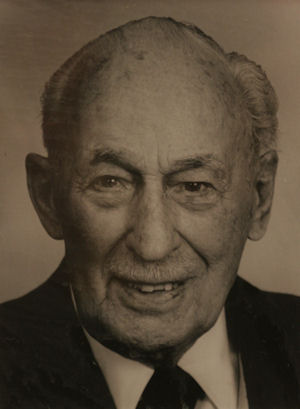 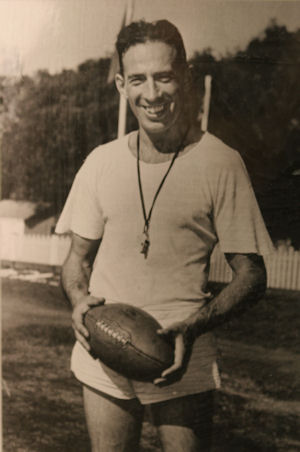 Jake contributed to the Kingston area for more that 50 years as an athlete, educator, builder and innovator.

A pole vaulter at University of Michigan in 1931, Jake went on to play football for the Ottawa Rough Riders before coming to Queen’s in 1934, where he was a halfback on the “Fearless 14” Yates Cup championship team.

A forward on Queen’s last championship basketball team (1936), Jake won the Jenkins Trophy for outstanding athletic and academic achievement in 1937. Jake played for the Toronto Argonauts in 1937, the year they won the Grey Cup. He returned to Kingston in 1938 as a co-founder and first director of the School of Physical and Health Education at Queen’s.

An international and Canadian masters cross-country ski champion, Jake initiated cross-country programs at the Cataraqui Conservation Area. He continued to compete, regularly outdistancing skiers half his age, participating into his eighties.

An avid golfer, three times he was a local club champion. At the age of 84, he became the oldest golfer in Kingston to score a hole in one on June 13, 1996.