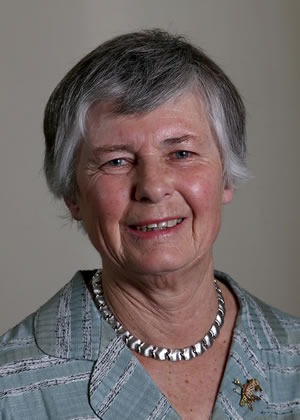 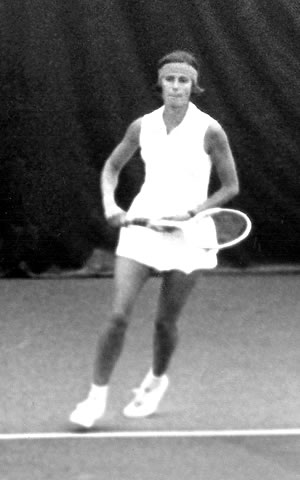 Jenny Ellis’ accomplishments include local, provincial and national achievements. The founder of the Interclub Women’s Squash League, Jenny was a 1979 YMCA Finalist, the 1982 Landings Champion and a Team Ontario member at the 1979 Canadian Championships where she was an Over-35 finalist.

In tennis, Jenny won eight Jack Campbell Championships, capturing singles and doubles in 1979 and six doubles events from 1980 through 1989. At Kingston Tennis World, she was 1982 Ladies’ Doubles Champion and a finalist three additional times. She won the 1984 Eastern Ontario Mixed Doubles title and played at the Canadian Championships.

Jenny was the Garrison Golf Club Captain from 1989 to 1991 and six-time Club Champion. She was 1994 Kingston Amateur Champion, seven-time District Senior Champion and was Over 60 District Champion four times. She represented Garrison on six occasions in Inter-sectional Match Play and Kingston and Ontario in many team competitions. Beginning in 1992, she played with the District Senior team at the Ontario Championships for fifteen consecutive years, helping them win the 2002 Team Low Gross and 2003 Team Low Net. On four occasions Jenny’s provincial success earned her a spot on Team Ontario to play against New York.