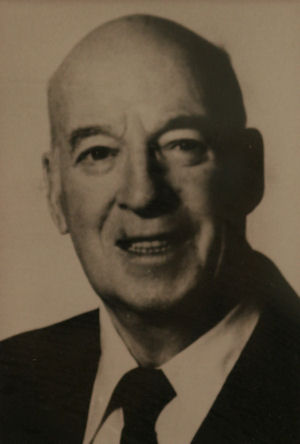 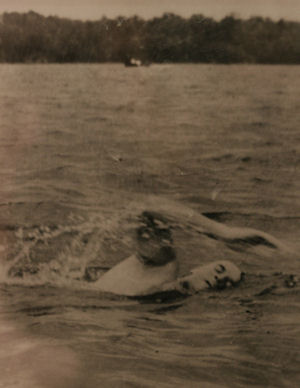 Jim moved to Kingston in 1931 when he became a guard at Collins Bay Institution.

Edmunds was one of the greatest long distance swimmers of his era. In 1928, in Toronto, he took part in the 25 kilometre Wriggley Marathon Swim. In 1954, at the age of 50, Edmunds completed the Loughborough Lake swim. In 1955 he made a failed attempt at swimming across Lake Ontario from Youngstown, New York, to Toronto. He was stopped by a freak storm only seven kilometres from the Canadian National Exhibition grounds.

In 1956 he made a successful crossing of Lake Ontario when he took almost 28 hours to swim from Grenadier Point near Cape Vincent in New York State, around Wolfe Island to the Kingston Shore at MacDonald Park.

He was named Kingston Athlete of the Year in 1956.

Edmunds also made a significant contribution to recreational services in Corrections Canada and after his retirement from the penitentiary service he was the Gymnasium supervisor at Queen’s University from 1965-71.