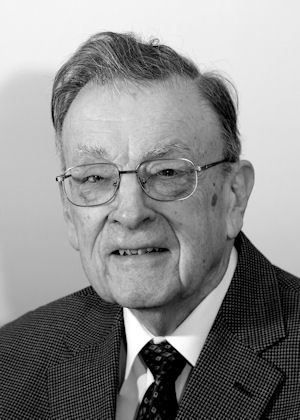 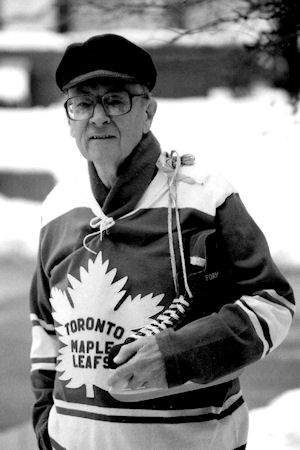 One of Canada’s pre-eminent hockey historians, Bill began a long career as a hockey administrator in the 1950s, after several seasons playing and coaching youth hockey. From 1969 to 2005, he served as secretary, curator, vice-president, president and historian of the International Hockey Hall of Fame and Museum. In 1991, he spearheaded the founding of the Society for International Hockey Research and as president, newsletter editor and contributor to the Hockey Research Journal, saw it grow to 350 members worldwide.

Bill was a driving force behind the annual Historic Hockey series that commemorates the early games played on Kingston harbour ice. He wrote two books, Hockey’s Captains, Colonels and Kings in 1987 and How Hockey Happened in 2007. He co-authored a third book, Hockey’s Hub in 2003.

Bill has received several honours for his work. In 1967, after convening minor hockey in Gananoque and Kingston, he was given the Ontario Minor Hockey Association’s honour award for distingquished service. In 2005, he was recognized by the Rotary Club as a Paul Harris Fellow and in 2006, he received the Brian McFarlane Award, which recognizes outstanding research and writing. In 1995, Bill was inducted into Lindsay and District Sports Hall of Fame.