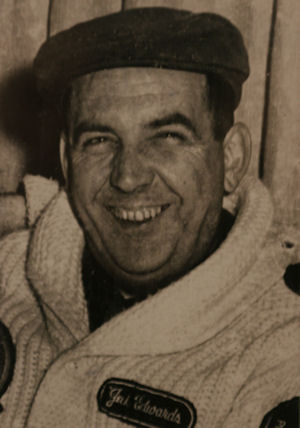 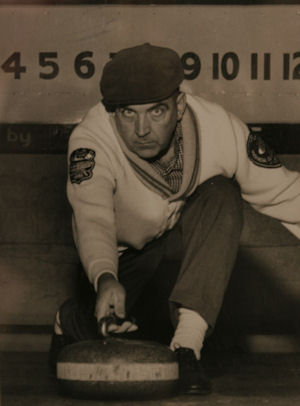 Born in Kingston in 1921 Jake was a multi-sport athlete in Kingston who excelled in football, baseball, basketball, golf and curling where, at 25 years old he was the youngest member in the Kingston Curling Club in the 1940s.

In curling his rinks won the 1960 Ontario men’s championship and represented Ontario at the Lakehead Brier where his rink finished third with a 7-3 record. In 1968 his rink won the Ontario Silver Tankard and was runnerup in 1970. His rinks also won two Ontario men’s championships in the 70s and was a Canadian runnerup in 1976.

In golf he won the Amherstview Club championship in 1972 among other titles.

From 1963-66 he served as one of the founding members of the Canadian Fitness and Amateur Sport Council and in business was the founder of Edwards’ Ford. He was also the former president of the Kingston Curling Club and Kingston YMCA.