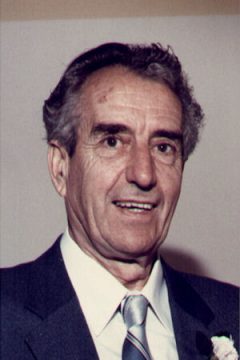 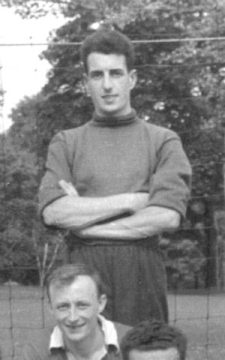 Harry was a founding member of the Kingston United Soccer Club in 1947, and the next year helped to create the Kingston and District Soccer League. A goalkeeper, he played with United until 1956.

After his playing days, Harry stayed active in the sport. He served as manager of his club for 11 years. He was president of the Kingston and District Soccer League from 1948-58. He refereed games for 20 years starting in 1957. In 1962 he was a founding member of the local officials’ association, on which he served as secretary from 1962-75. From 1966 to 1978 he was the local representative with the eastern Ontario association, and in 1972 he helped to found the local Premier Soccer League.

Though he retired from formal involvement in soccer in 1978, Harry helped to build and maintain pitches throughout the city, and he continued to officiate high school matches.

A lifetime member of the Kingston and District Soccer Association, Harry received a special achievement award from Premier Bill Davis in 1974 for his years of service to amateur sport.