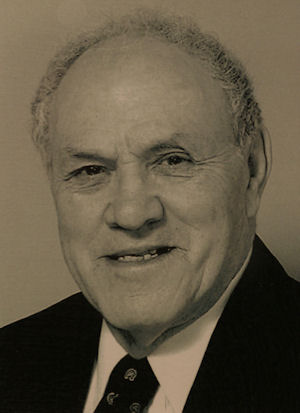 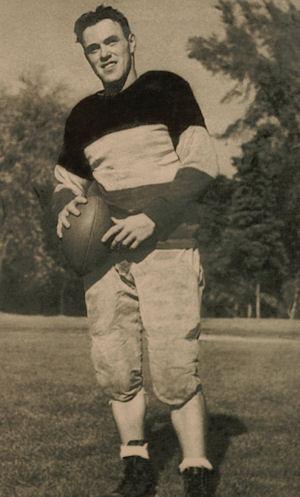 Gerry spent his formative years in Tweed and Gananoque. In 1941, while playing Junior B hockey in Belleville, he was awarded an Ontario Hockey Association scholarship to attend McMaster University, where he was inducted into the school’s sports hall of fame in 2000. He was captain and leading scorer on the hockey team for four years, a halfback on the football team and men’s singles tennis champion.

Gerry continued to play three varsity sports when he came to Queen’s to study medicine. In 2000 he was one of six inaugural winners of the Gael Force award, recognized as Queen’s top hockey player of the 1950’s. Gerry also distinguished himself in hockey, baseball and softball in the top leagues in Kingston.

Beginning in the mid-1960’s, Gerry made perhaps his greatest contribution to sports in Kingston as a coach and builder. A premier team in Kingston’s rich hockey history was his midget team that went to the final of the Wrigley Canadian championship tournament in 1974.

“Doc” was manager of Kingston senior baseball teams for 14 years, during which time he guided them to two Ontario Senior A championships and a berth at the Canadian senior championship tournament in Edmunston, N.B., in 1973. That same year he was instrumental in bringing a major junior hockey team to Kingston.