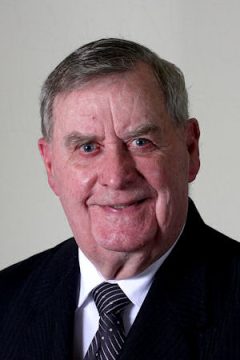 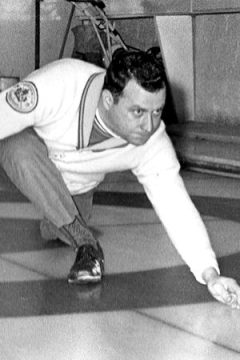 Beyond his career as an active curler, Lefty has also served the RKCC as president in the 1975 and as chair of numerous club committees.

For several years, Lefty was the club’s Ontario Curling Association representative which led him to chair the Men’s Ontario Tankard held in Kingston in 1995.

Elected to the RKCC Wall of Fame in 1989, Lefty also received national recognition in 1994 when he was elected to the Governor General’s Curling Club whose directive is “to foster the game of curling and recognize those individuals who have made significant contributions to the game.”

He is one of only 125 members from across Canada and the only Kingstonian so honoured.