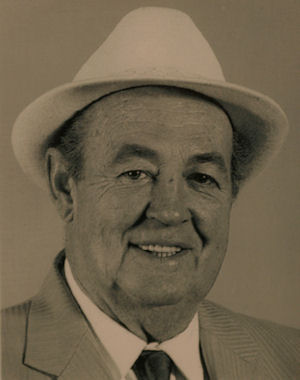 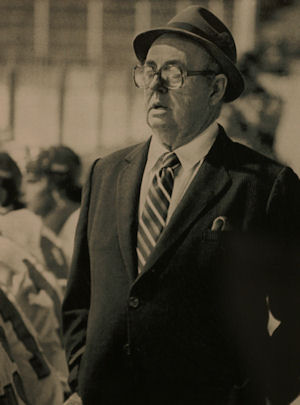 A life-long resident of Kingston, Gord attended Rideau Public School and Kingston Collegiate Institute. He was a goaltender on numerous hockey teams and one of Kingston’s best and most colourful baseball players in the 1940’s.

A first baseman, his propensity to lose his shoes and sundry parts of his uniform never ceased to entertain fans at the Cricket Field, where his teams won four consecutive league championships.

It is for his involvement in junior hockey, however, that “Waldo” is best remembered. Starting in 1971, he began to scout for the Cornwall Royals of the Quebec Major Junior Hockey League. In his 15-year stint with the Royals, during which time he rose to become chief scout and director of player personnel, his unique eye for talent helped Cornwall win three Memorial Cups, in 1972, 1982, and 1983. From time to time he also served as interim coach.

Renowned as one of the most astute judges of young hockey talent in the country, Gord was known for looking not at the size of a player, but at his desire. He later scouted for six years for the Ottawa 67’s, leading to another Memorial Cup championship in 1999.