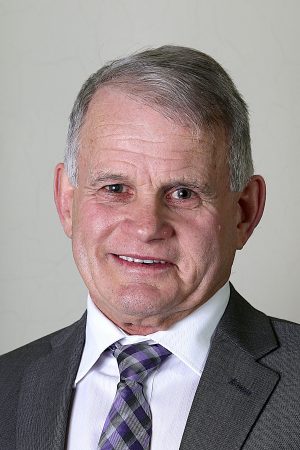 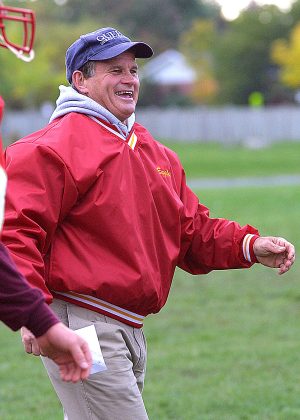 Gord has been a resident of Kingston since 1971

Prior to starting his coaching career, Gord was Rookie of the Year, Most Valuable Player and an Ontario University Athletics (OUA) All-Star while playing Football for the Waterloo Warriors.   After transferring  to the Queen’s Golden Gaels  he earned an OUA All-Star Recognition.  In 1999, Gord was inducted into the Queen’s Football Hall of Fame.

From 2003-2008, Gord was Coach of the Running Backs and Special Teams with the Queen’s Golden Gaels Football Team.

Gord served on the Executive for the County of Frontenac Athletic Association and Eastern Ontario Secondary Schools Athletic Association.  He coached at Sports Camps in the summer and co-founded the Northern Lights Basketball League in 1987.  Hw was able to find time to coach T-Ball, Minor Soccer and Hockey as well, plays in the Kingston Touch Football League.

In 2003 the Football Field at Sydenham High School was named the Gord McLellan Field in honour of being a Teach, Coach, and Mentor  to thousands of Sydenham  High School students.