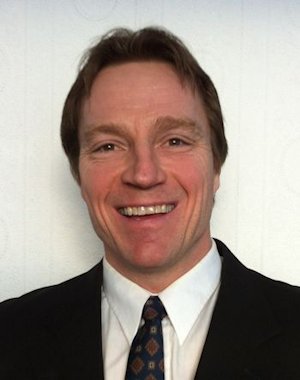 After graduating from the Knights of Columbus Basketball League in 1977. Gerry’s game took him from Regiopolis-Notre Dame and KCVI through the University of Connecticut in just ten years. He eventually played basketball for the Canadian National team that competed in the International Basketball Federation (FIBA) World Championship in Barcelona, Spain.

Gerry’s accomplishments have opened doors for many players through-out Eastern Ontario. He was the first Kingston player to receive a full NCAA Division 1 basketball scholarship, the first active player to sit on a committee to hire a new coach, the only Kingstonian to finish among the top ten in US college rebounding (second in the Big East Conference), and the first to be selected Team Captain of a NCSS Division 1 team. In 1993-94, Gerry was named MVP of the Swedish Pro League.

UConn’s legendary coach, Jim Calhoun, said, “Gerry left here as well respected as any player I’ve had.” Recently , the Knights of Columbus Basketball League established the Gerry Besselink Award given annually to the player who combines effort, respect, and dedication to the league.