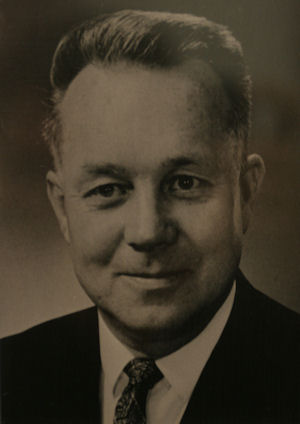 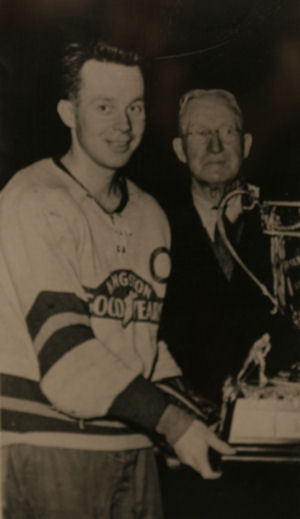 Described as a classy player and a fleet skater, George was a high scoring centre, especially in the playoffs. He starred for the Kingston Locomotives when they won the Ontario Hockey Association (OHA) Intermediate A championship in 1946, and as team captain led the Kingston Goodyears to; the OHA Senior B title in 1953.

George was well known to hockey fans in Eastern Canada. He was a league scoring champion and all-star in the Maritime Senior Hockey League. Playing for the Glace Bay Miners and Halifax St. Mary’s Crescents he scored as many as five goals in a game.