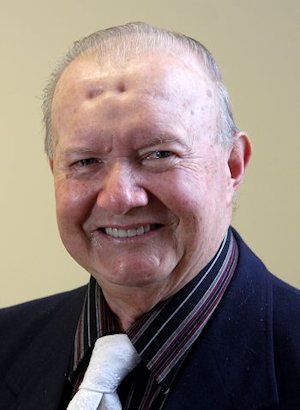 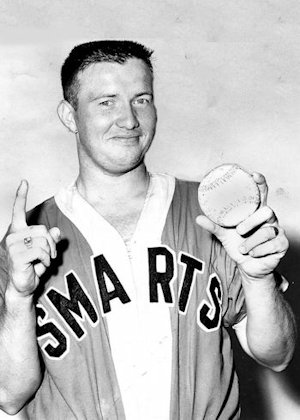 Bubs established himself with the Smart’s Braves of the Kingston Amateur Softball Association in 1960. He was the winning pitcher when the 1961 KASA All-Stars defeated the famous “King and His Court”. After the KASA folded in 1966 and local teams banned its pitchers, Bubs pitched in Bloomfield, Ontario, Ogdensburg, New York and Hull, Quebec. All three teams won championships and Hull advanced to the World Championships in Flordia.

In a 1972 game, he struck out 25 of 27 batters. While playing for Belleville McDonalds in 1976, Bubs pitched against elite teams from Oshawa, Toronto, Burlington, Hamilton, St. Catharines, and Woodstock.

As a member of the Mohawk band at the Bay of Quinte Bubs co-coached the Tyendinaga Eagles to a gold medal at the Ontario Aboriginal Fastball Championships in 1994 and a silver medal at the North American Indigenous games in Minnesota in 1995.
Bubs volunteers for a number of local organizations, is a member of the Oldtimers’ Hockey News Hall of Fame and a minor official at Queen’s football games.