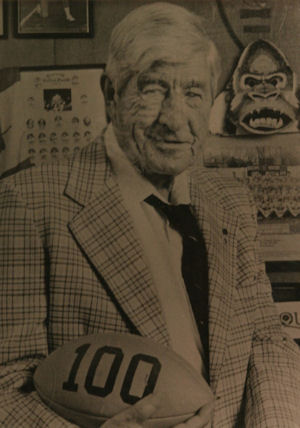 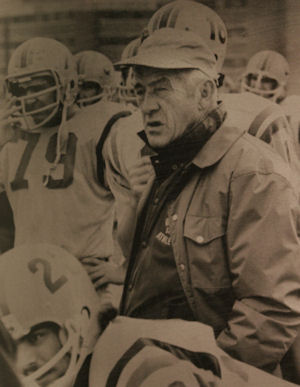 A native of Solvay, N.Y. and a former basketball and football star at Syracuse University, Frank made a significant contribution to football, touching many lives for 29 years as head coach of the Queen’s Golden Gaels.

An honourable mention All-American, Frank played for the Toronto Argonauts and was a conference all-star in 1933, his rookie season. He was inducted into the CFL (Canadian Football League) Hall of Fame in 1985.

One of Canada’s most successful coaches (106-74-2), Frank led Queen’s to eight Yates Cup titles and one national championship, in 1968.

Frank also coached the varsity basketball team from 1949 to 1975, winning Queen’s only conference championship in 1957 since the 1909 season.