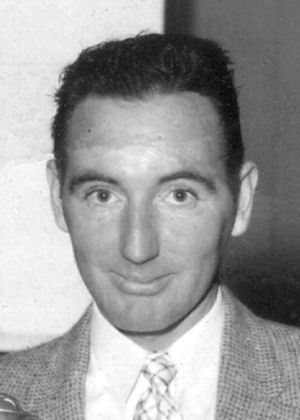 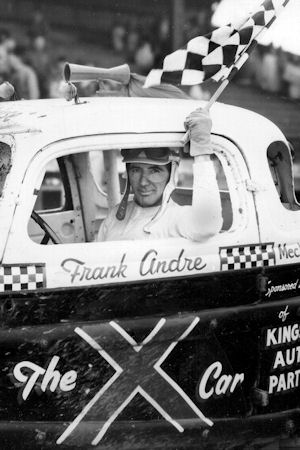 Frank won his first race in Shannoville in 1949. By the time he retired in 1972, he had won more that 70 trophies competing at tracks throughout Ontario and northern New York State.

His signature X car was born on a day when he was painting his racer and ran out of white paint. Two strips of masking tape were all had to label his car; the X came to be his trademark.

Frank was track champion several times at Kingston Speedway, where he established the track record for a 10-lap race of 3:13 on July 16, 1966. His final win, at the age of 46, came in 1972 at Brewerton, J.Y., where he came from the back of the starting grid to take the checkered flag.

In April 1992, Frank was the only Canadian among 13 charter members of the DIRT Motorsport Hall of Fame in Weedsport, N.Y., where, after being restored in 1997, his famous X car was put on permanent display.