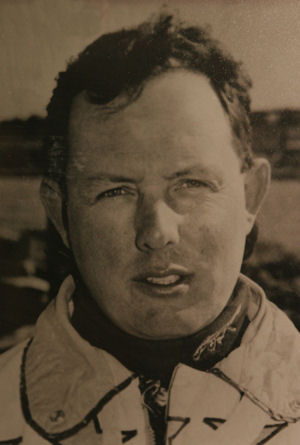 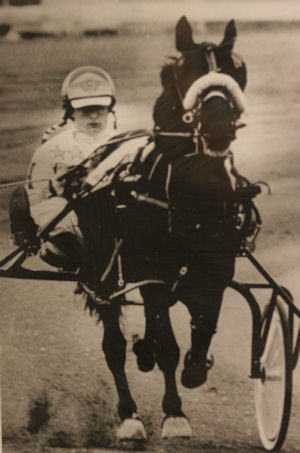 Harness racing was the centre of Ted’s life, both as a driver and trainer.

At the Kingston track, “Hunchie” was horseman of the year five times. Ted was the winner of 11 consecutive driver dash championships at Kingston Park Raceway from 1980 to 1991. He was the only driver to reach 1,000 wins at Kingston tracks, recording his 1,000th career win December 27, 1987.

Ted won more than $1 million in purses on the Eastern Ontario B-track circuit. In 1988, he set a track record with 141 victories in one season.

At the age of 34, Ted was the leading driver in North America, winning the 1991 United States Trotting Association’s UDRS award in the 500 or more drives category. His .422 mark was based on 569 drives with 156 wins, 105 second-place finishes, and 77 thirds.

Ted tied a North American record when he drove eight winners on a single card at Kingston Park Raceway in 1991. When the Kingston track closed, Ted moved his stable to Toronto, where he continued to enjoy success.

He died in an auto accident in Milton, ON at the age of 38.