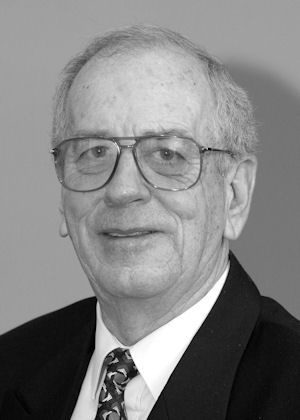 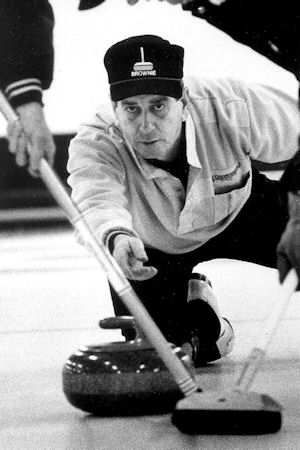 Known as Mr. Curler for his nearly 50 years of involvement in the sport as player, coach and builder, Ted joined the Kingston Curling Club in 1958. In 1969, he won the provincial Governor General’s double-rink competition and he was a finalist in the 1970 Silver Tankard provincial championship. After winning major bonspiels in Toronto and Whitby in 1971, Brown took a Kingston rink to the Canadian championship in Fredericton in 1975, where he finished with a 6-5 record. The next year, Ted skipped a Cataraqui rink at the Canadian mixed championship in Lethbridge, Alta., and by the middle 1980’s he had turned his attention to coaching. In 1989, Ted coached the Dave Allen rink to the Ontario junior men’s championship. The following year he was coach for Noel Herron’s Ontario and Canadian junior championship rinks, which later won a silver medal at the world championship in Scotland. Ted was also an innovator by developing the Brownie Brush, which revolutionized the game and became widely used throughout the world.