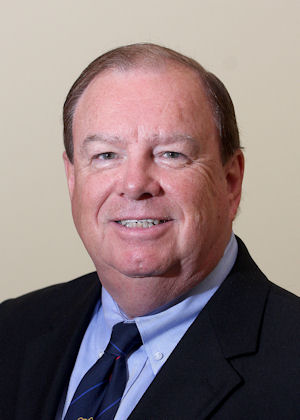 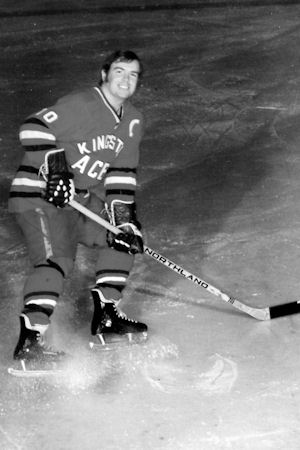 Charlie first came to notice in 1960-61 with Kingston’s OMHA midget hockey champions; from 1961 to 1965, he starred for the Kingston junior B Frontenac 1963-64 Eastern Ontario champions. Perhaps best known as a member of the Kingston Aces (1966-72), Charlie was team captain in 1971-72 as well as its all-time leading scorer and penalty minute’s leader. The Aces were 1967 OHA senior A champions and 1968 Spengler Cup Silver Medalists during Charlie’s years with the team. He was a first team OHA All-Star in 1969.

When the Aces folded, Charlie continued playing senior A hockey as captain of the Belleville Screaming Eagles (1973-74), captain of the Napanee Comets (1974-76), and with the Whitby Warriors (1979-80), Charlie finished his competitive career as captain and MVP of the Verona Merchants, the 1979-80 OHA senior B champions. Playing old-timers hockey for more than twenty years, Charlie was a member of the Kingston Greenwood; the 1982 World’s A division old-timers’ champions.

In 1986, the International Hockey Hall of Fame recognized Charlie for his contribution to hockey in Kingston.