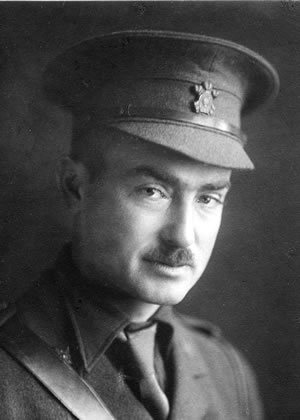 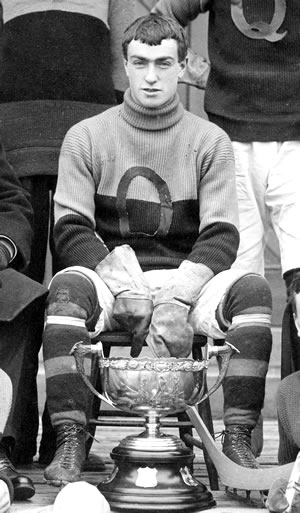 George Taylor Richardson was an exceptional amateur hockey player who enjoyed success in both provincial and national competitions.

Born in Kingston, George became known as an outstanding athlete, and upon entry to Queen’s College, was recruited to the senior hockey team. He was prominent when Queen’s won the intercollegiate Title of America in 1903, and led Queen’s to two intercollegiate Hockey Union Championships.

After graduation, George joined the Kingston Frontenacs as player/president and in 1908 captained the 14th Regiment (Princess of Wales’ Own Rifles) to the OHA Senior Series Championship, scoring seven of the team’s nine goals in the final game. I 1909. George re-joined the Queen’s team to win the Allan Cup as Canada’s best senior amateur team. “Those who recall his play,” a Toronto columnist remarked, “will remember how he seemed to start instantaneously at full speed in one stroke”.

George volunteered at the outbreak of World War 1. He was killed in 1916 while trying to assist the withdrawal of a patrol near Wulvergem, Belgium. He was posthumously awarded the French Legion of Honour in 1916 and in 1921 the George Richardson Memorial Stadium on Queen’s campus was dedicated in his memory. In 1950, George was inducted into the International Hockey of Hall of Fame.