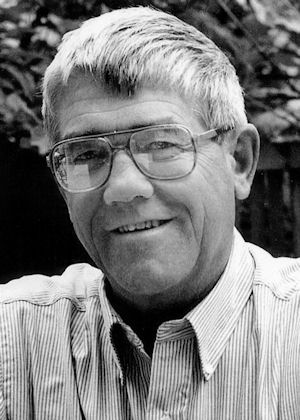 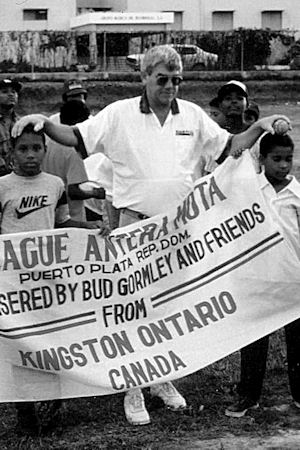 Shortly after its formation in 1969, Bud joined the Canadian Olympic Regatta Kingston ‘CORK’ and was instrumental in guiding its development for the next twenty years. He was ‘Mayor of the Olympic Village’ during the 1976 Olympic Sailing Competition in Kingston. From 1979-85, with Bud as Chair of CORK (the largest fresh water sailing event in the world) Kingston hosted the 1980 World Laser championships, the 1983 Youth Festival, the Optimist World championship, the J-24 North American championship and the Tall Ships. A long time Kingston Yacht Club member, Bud served as Commodore in 1983 and 1984.

In 1978, Bud was Chair of the Services Committee which provided the transportation, accommodation and meal for 2,300 athletes during the Ontario Winter Games.

One of Bud’s greatest achievements began in 1990 when, along with his Kingston friends, he began a nine-year project that supplied baseball equipment and uniforms to more than 1,200 youngsters playing in five leagues in three communities in the Dominican Republic.

In addition to attending a luncheon with Queen Elizabeth aboard the Royal Yacht Britannia in 1976, Bud received awards from the Kiwanis Club in 1980, and the Ontario Government and Canadian Yachting Association in 1989.