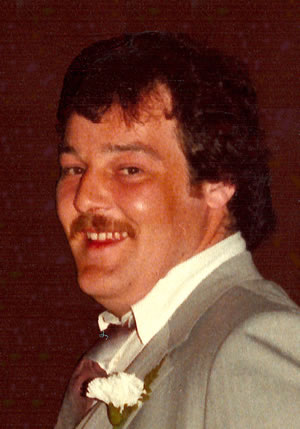 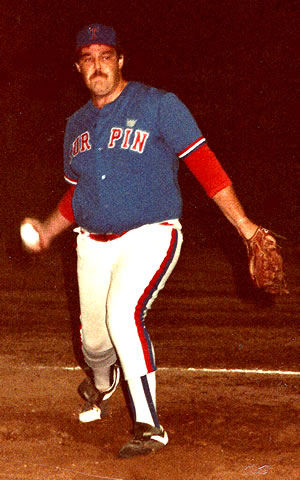 Bob was a dominant fastball pitcher with an international reputation for hard throwing and high strikeout games.

Bob’s renown began with Provincial Midget Championships in 1972 and 1973. In 1978, 20-year Bob had the most wins in the Loughborough Fastball League. He threw three no hitters, two of which were perfect games, won a championship and was the playoff MVP. Moving to the Circle League two years later, he won league and playoff MVP awards and was an All-Star. In 1986, Bob won the Circle League Best Pitcher Award and MVP, leading his team to a Provincial Fastball Championship.

An imposing figure at 6’2″ and 260 pounds, Bob played on teams from Ontario and Quebec at prestigious tournaments. This included playing with the Ottawa Turpin Pontiacs at the International Softball Congress World Tournament in 1985 where he posted two wins and struck out seventeen batters in nine innings. In 1986, Bob had a perfect six and zero record for the Turpin Pontiacs at the Ontario Championships, thereby earning the team a trip to the Canadian Championship in Summerside, P.E. I.

At 39 years old, Bob’s dominance continued in a series of one, two and three hitters. In one game, he struck out 20 of 21 batters.