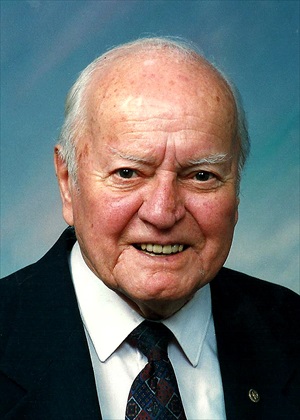 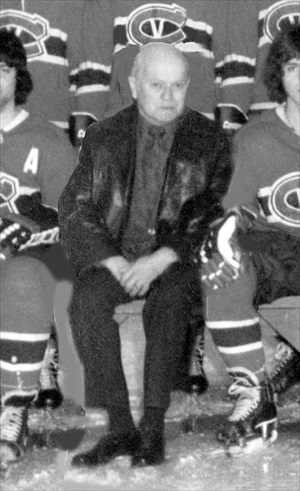 Bill Darlington was dedicated to the idea that athletics was a key to youth development and this commitment led him to many endeavours in the Kingston community.

He sponsored the Darlington Red Wings in the Kingston Young Nats Hockey Association and the Darlington Darlings in the girls softball division of the Church Athletic League. Identifying a need for new athletic facilities for youth in the area, he was a driving force behind the concept, design and eventual construction of Centre 70 Arena and the Cataraqui Community Centre.

When Bill saw that competitive hockey players needed a place to play once they graduated from minor hockey in Kingston, he and four others founded the Junior C Kingston Township Voyageurs Hockey Club in 1973. He served as a Director of the club until 1983, and provided considerable financial support to the fledgling organization for many years. The Bill Darlington Memorial Trophy, established by the team in 2002, honours Bills long commitment to the Voyageurs and is awarded annually to the teams most improved player.

Bill was named a Paul Harris Fellow by the Kingston Rotary Club in 1995 and was given the Kiwanis Club of Kingston Builders Sports Award in 1996.