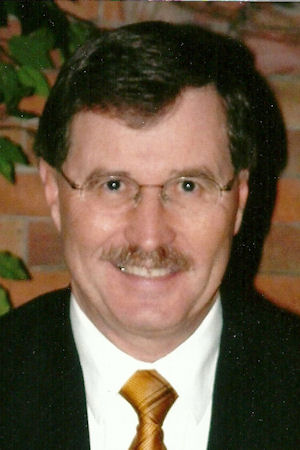 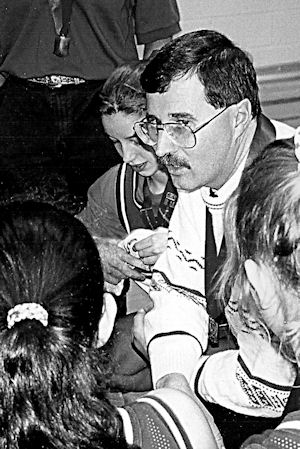 Barry O’Connor died in February 2010, but not before completing a lifetime of service to others.

Long before he was recognized with a Paul Harris Fellow in 2004, Barry was a fixture in the local basketball community often coaching more than one team in a given year.

He was an Ontario University Athletics Association (OUAA) coach of both men’s and women’s varsity teams and a distinguished high school coach of both boys’ and girls’ teams for over twenty years.

In 1980, his senior boys’ Bayridge Blazers won an Ontario championship.

In 2004, Bayridge Secondary School named their athletic field the O’Connor Sport’s Field in honour of Barry.

It was, however, his help in establishing three successful basketball clubs, the Pacers in 1983, the Running Rebels in 1989, and the Boys’ and Girls’ Club Rotary Basketball program in 1998 that perhaps best give evidence of the leadership, skill and vision he used to benefit the young people of Kingston.

In nearly twenty years with these clubs, he served as a coach, a co-ordinator and executive member, developing not only better basketball players but also better people.